Why Am I doing this?

As I enter my 71st year, a time of new beginnings. I’m committed to dedicating my life to “heralding the kingdom of God, and teaching unhindered the present day work of the LORD Jesus Christ”. *Acts 28: 31

Fifteen years ago I visited a piece of property on Narragansett bay where I envisioned a restoration center for the body of Christ. If God brings you to it, he will guide you through it. Imagine the thoughts and doubts Noah faced when God told him to build the ARK.

I’ve been searching for truth for over 50 years. Everywhere I’ve traveled, I’ve found more doubt and confusion in those who claim to be Christian than in any other system of belief. One day a friend of mine made a profound statement that haunted me for months. If I wanted to really know TRUTH, I needed to go to the only source for truth on Earth and that was the bible. This was the beginning of “my wilderness years.”

I studied and took every class I could find on the Bible. Since I was a computer nerd, I decided to simply put the entire bible into a data base and upload it to my own domain where I could use it online and add edits and notes to help my study. This database took me 3 years to finish and I still use it today. You may use it freely at BibleWays.net* Back then they didn’t have easy access to websites like Blue Letter Bible so I simply did it myself. The unfortunate reality to all of this work was the more I studied the more confused I was and no closer to knowing the Lord Jesus Christ than the day I started. I woke up one day and decided to enroll in the Moody Bible Institute off campus studies program. Little did I know that God was already working behind the scenes to bring about something that was declared and planned long before my birth.

I visited the campus to set up my course of study and while I was there, a professor approached me and after we chatted, he handed me a pamphlet that changed my life in such a radical way that I still have a hard time explaining this without getting weird looks from people, but the bottom line is I was about to encounter the CRUX of Christianity. The Lord Jesus Christ did not leave in a casket. He is alive today and he can communicate directly to your newly created mind of the spirit. It’s Christ in you. He will guide you into all truth. After all, he chose the worlds greatest sinner, and spent 18 years teaching him the way of truth, then ordained him the apostle to the uncircumcised. Prior to his conversion, Paul actually believed he was doing the will of God by murdering Christians, but like I said earlier God has declared and set up the course of our life long before we were born and Paul was no exception.

The pamphlet I mentioned earlier explained something I had never learned yet somehow a lot of the confusion began to melt away. The paper was written by William R. Newell and in it he writes that there are are two great writers of Divine Truth in the Bible, Moses in the Old Testament and Paul in the New Testament. Paul reveals all the “mysteries” or “secrets” to God’s people in this age. He also reveals the great company of God’s elect, called the Body of Christ, the individuals of which Body are called members of the Body of Christ.

I’ve always believed the church was made up of all who believed on the Lord Jesus Christ. I soon learned that there is a huge difference between “believing on,” those elected and chosen to the body by grace and “believing in,” those have been called to the bride by faith. Once my eyes were opened, all the confusion melted away and the lord has been teaching me those things concerning his Lordship in the kingdom of God. His plan is at work today in the elect as the fullness of the times of the gentiles is at hand.

No other Apostle speaks of these things. Peter himself had to learn them from Paul. When Paul finishes his thirteen great Epistles (Romans to Philemon) those written to the elect body; He then wrote to the Hebrews. This is not part of the grace doctrine, but is simply explaining to Hebrews the character, the real application, the typical meaning, of their Levitical system, that is, how it pointed forward to Christ.

Paul is the declarer of the Gospel to the chosen body of Christ. Take Romans to Philemon out of the Bible and you are bereft of true doctrine. If you were to take Paul’s Epistles out of the Bible, you cannot find anything about the Body of Christ, for no other Apostle mentions it. The failure or refusal to discern Paul’s gospel as a separate and new revelation and not a “development from Judaism,” accounts for all of the confusion in many people’s minds today regarding the kingdom of God, the love of the truth and the gospel of God.

The eyes of your understanding will be enlightened and opened when you listen to the LORD Jesus Christ who is in you. Paul wrote “But I certify you, brethren, that the gospel which was preached of me is not after man. For I neither received it of man, neither was I taught it, but by the revelation of Jesus Christ.”

If you are willing to listen and do as the Berean’s did when they first heard Paul’s gospel, you will see, as I have, the great truth that it’s God who is at work in you performing that which has been planned since the beginning.

Isaiah 46: 10- Declaring the end from the beginning, and from ancient times the things that are not yet done, saying, My counsel shall stand, and I will do all my pleasure. 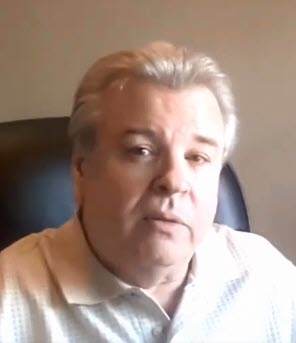 Endeavoring to faithfully steward the gospel of grace and commit the same to  like-minded believers who have the ability and desire to teach others.“And the things that thou hast heard of me among many witnesses, the same commit thou to faithful men, who shall be able to teach others also.” – 2 Timothy 2: 2

Quality relationships are founded on the rock of commitment, not the shifting sand of feelings or emotions. God calls us to be people of commitment, first to him and then to others. The chief commitment of our lives is to God Himself. Jesus said, “You shall love the Lord your God with all your heart and with all your soul and with all your mind. This is the great and first commandment.” Total commitment to God means that Christ is our head, our guiding light, and our unerring compass.

Commitment to Christ means being a servant.

Our axiom is simple and succinct: “For me to live is Christ” – Philippians 1: 21.

The Apostle Paul Wrote in Colossians 1: 25-28: Whereof I am made a minister, according to the dispensation of God which is given to me for you, to fulfill (complete) the word of God; Even the mystery which hath been hid from ages and from generations, but now is made manifest to his saints: To whom God would make known what is the riches of the glory of this mystery among the Gentiles; which is Christ in you, the hope of glory: Whom we preach, warning every man, and teaching every man in all wisdom; that we may present every man perfect in Christ Jesus.